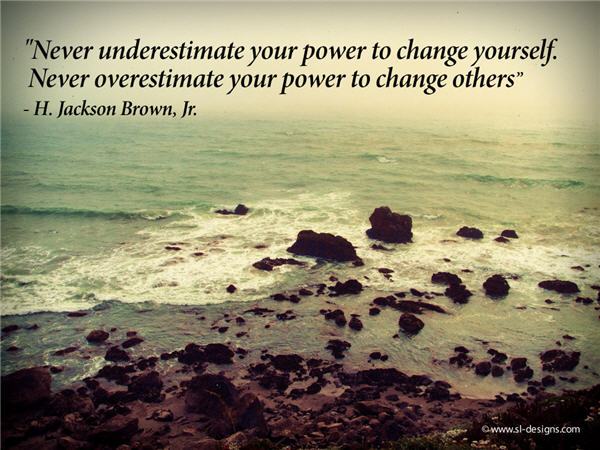 Change is inevitable for us no matter you like or dislike. On the other hand, progress is only possible with change. In this post, let’s have a refresh of 50+ quotes about change. Hope you get inspiration from them. 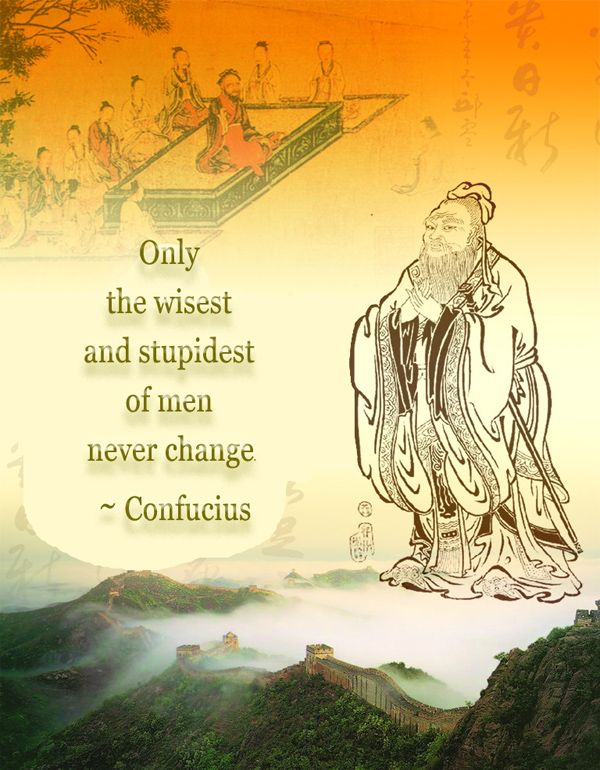 Only the wisest and stupidest of men never change. ~ Confucius

Any change, even a change for the better, is always accompanied by drawbacks and discomforts. ~ Arnold Bennett

Men make history and not the other way around. In periods where there is no leadership, society stands still. Progress occurs when courageous, skillful leaders seize the opportunity to change things for the better. ~ Harry S. Truman

Progress is a nice word. But change is its motivator. And change has its enemies. ~ Robert Kennedy

We cannot change anything until we accept it. Condemnation does not liberate, it oppresses. ~ Carl Jung

Without change, something sleeps inside us, and seldom awakens. The sleeper must awaken. ~ Frank Herbert

Our dilemma is that we hate change and love it at the same time; what we really want is for things to remain the same but get better. ~ Sydney J. Harris

Change, like sunshine, can be a friend or a foe, a blessing or a curse, a dawn or a dusk. ~ William Arthur Ward

Just because everything is different doesn’t mean anything has changed. ~ Irene Peter

The world hates change, yet it is the only thing that has brought progress. ~ Charles Kettering

A lot of people get impatient with the pace of change. ~ James Levine

If you want to change the culture, you will have to start by changing the organization. ~ Mary Douglas

Perfection is immutable. But for things imperfect, change is the way to perfect them. ~ Owen Feltham

Change is the law of life. And those who look only to the past or present are certain to miss the future. ~ John F. Kennedy

Change your thoughts and you change your world. ~ Norman Vincent Peale

You can change your world by changing your words… Remember, death and life are in the power of the tongue. ~ Joel Osteen

You change your life by changing your heart. ~ Max Lucado

The spirit of democracy is not a mechanical thing to be adjusted by abolition of forms. It requires change of heart. ~ Mahatma Gandhi

You can’t move so fast that you try to change the mores faster than people can accept it. That doesn’t mean you do nothing, but it means that you do the things that need to be done according to priority. ~ Eleanor Roosevelt

The greatest discovery of all time is that a person can change his future by merely changing his attitude. ~ Oprah Winfrey

The world as we have created it is a process of our thinking. It cannot be changed without changing our thinking. ~ Albert Einstein

We are taught you must blame your father, your sisters, your brothers, the school, the teachers – but never blame yourself. It’s never your fault. But it’s always your fault, because if you wanted to change you’re the one who has got to change. ~ Katharine Hepburn, Me: Stories of My Life

Some changes look negative on the surface but you will soon realize that space is being created in your life for something new to emerge. ~ Eckhart Tolle

Keep your best wishes, close to your heart and watch what happens ~ Tony DeLiso, Legacy: The Power Within

Most of the change we think we see in life is due to truths being in and out of favor. ~ Robert Frost

Life belongs to the living, and he who lives must be prepared for changes ~ Johann Wolfgang von Goethe

We can’t be afraid of change. You may feel very secure in the pond that you are in, but if you never venture out of it, you will never know that there is such a thing as an ocean, a sea. Holding onto something that is good for you now, may be the very reason why you don’t have something better. ~ C. JoyBell C.

If you want to change the world, pick up your pen and write. ~ Martin Luther

Few will have the greatness to bend history itself; but each of us can work to change a small portion of events, and in the total; of all those acts will be written the history of this generation. ~ Robert Kennedy

Changing is what people do when they have no options left. ~ Holly Black

I wanted to change the world. But I have found that the only thing one can be sure of changing is oneself. ~ Aldous Huxley

You couldn’t erase the past. You couldn’t even change it. But sometimes life offered you the opportunity to put it right. ~ Ann Brashares

We cannot change our past… we cannot change the fact that people will act in a certain way. We cannot change the inevitable. The only thing we can do is play on the one string we have, and that is our attitude. I am convinced that life is 10% what happens to me and 90% of how I react to it. And so it is with you… we are in charge of our Attitudes. ~ Charles R. Swindoll

I don’t care whether you’re driving a hybrid or an SUV. If you’re headed for a cliff, you have to change direction. That’s what the American people called for in November, and that’s what we intend to deliver. ~ Barack Obama

We now accept the fact that learning is a lifelong process of keeping abreast of change. And the most pressing task is to teach people how to learn. ~ Peter Drucker

Vision without action is merely a dream. Action without vision just passes the time. Vision with action can change the world. ~ Joel A. Barker

You cannot expect to achieve new goals or move beyond your present circumstances unless you change. ~ Les Brown

Change is not merely necessary to life – it is life. ~ Alvin Toffler

Making one person smile can change the world – maybe not the whole world, but their world. ~ Unknow