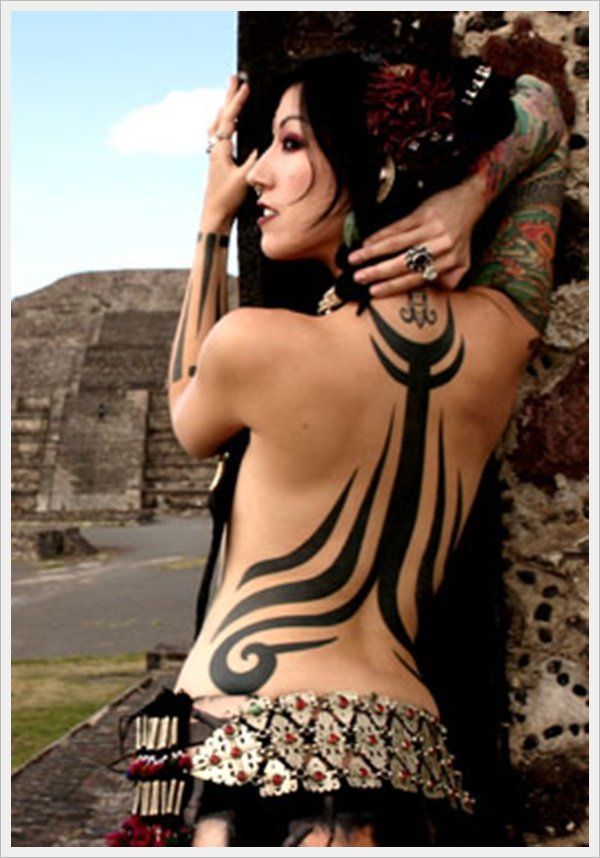 Among various tattoo designs, tribal tattoos always take up important position as this particular pattern of design has been practiced for centuries by the native people of Polynesian islands. The origins of tribal tattoos are always deeply symbolic in ancient times and represent one’s rank and social status. Today, tribal tattoos are interpreted to cover more types of tattoos, tribal groups in Africa, Celtic, Japanese tattoos, etc. A person with tribal tattoo is the representation of strength and often signifies one’s cultural background and personal life story.

What is tribal tattoos?

Polynesia, a group of islands consist of over 1,000 islands scattered over the central and southern Pacific Ocean in the shape of triangle. including 8 main island groups, New Zealand, Fiji, Hawaii, Rapa Nui (Easter Island), Samoa, Tahiti, Tonga, and other small islands. In the past males had to be tattooed between the ages of 14-18 to signifies their mature status. Although identical, there are slight differences between the tattoos of different islands. 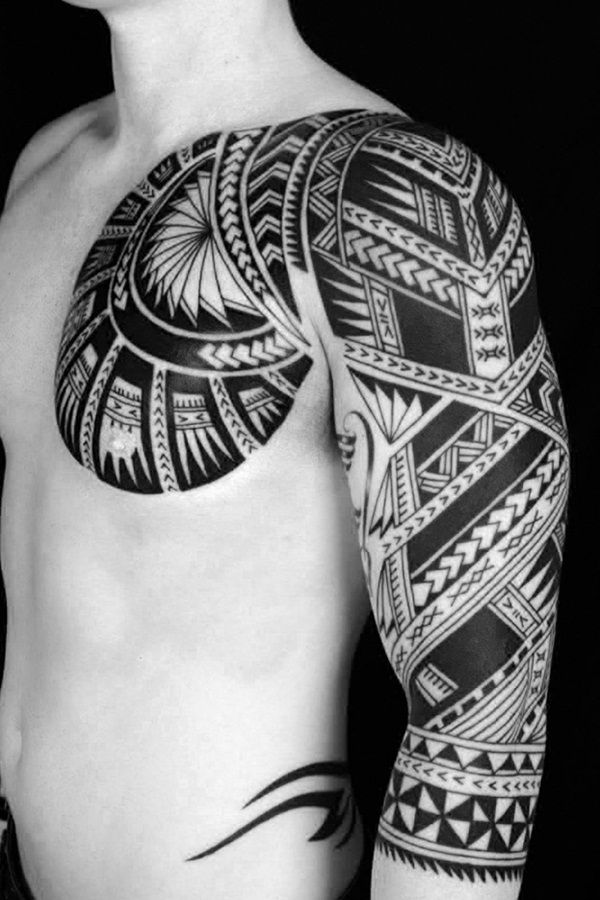 The Maori are the indigenous people of New Zealand, aka Aotearoa. Moko used to be representation of one’s social rank or status. Today it’s strong visual statement of one’s culture identity. Maori tattoos feature intricate spiral or round lines and patterns with mysterious Maori symbols. Maori inspired designs are found in many of tribal tattoo designs.

Samoan tattoos, practiced by native people of Samoan islands. Samoan Tattoos are featured with quadrangular weaving pattern in dark color. Spiral or round lines are not used in traditional Samoan tattoos although modern Polynesian inspired tribal tattoos could incorporate both patterns.

Enata is a symbol in Polynesian tattoo designs to represent humans and gods. The two semi-circles in the lower right corner of the picture means the sky, guarding all the Polynesians and their children.

The state flower of Hawaii, hibiscus is a popular ornamental flower for girls in Hawaii. The intricate weaving pattern centered with vibrant hibiscus flower, presenting a strong visual statement off culture identity.

The custom Japanese dragon tattoo is fused with tribal style, a perfect piece for oriental women.

Manta Ray is a very large distinctive, deep-bodied fish whose body could grow up to 3 m in length. The rays have virtually no symbolism in the western tradition. The Shark Ray is one of indigenous animals for ancient Polynesian people. It is not only rich in meaning but also valued as the source of food and raw materials.

Custom design of Full back tribal ray tattoo for men

Shell is one of popular symbols in Polynesian culture. Shell used to be used as the currency to exchange food and tools for ancient Polynesian people. The symbol of Shells signifies abundance of wealth, fortune, and good luck.

Polynesian half sleeve Tattoos for Men

This unique design is composed of round tribal sun patterns in dark color, awesome design for men.

The koru, fish hooks and the spiral lines are obvious features distinguishing the Maori tattoo from others.

The geometric patterns of Samoan tattoos are widely used in the masculine tattoos for men.