When discussing tattoos, it’s not rare that people want to put on something meaningful on their collar bone, wrist or back. The tattoos can represent aesthetics, but nobody argues that a tattoo can be as shallow as putting on a beauty trade mark, but as deep as covering your body with the most ecstatic moments of your life.

And when we talk meaningful, we are talking memory, we are talking a person. We are talking about the excruciating pain that digs deep when our person is not here with us, or in better cases a reminder of a precious thing, a precious moment we have in life, that is always going to be a part of, in one way or another.

So, let’s see a myriad of different numeral tattoos, dates delivered in brilliant fonts, on the best of places one can think of! 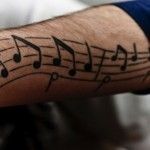 Is it just because of Justin, or does this look wimpy to you? I’m certain it’s just Justin.

Prominent collar bones are a great aphrodisiac of mine on, and if you put this kind of a sexy accent on them, you’ve got me. These Roman numeral numbers are simplistically written below the collar bone and represent the year his mom was born.

Now, I’m not sure I need to know when my girl’s mom was born, but I can respect the whimsical way of showing love and appreciation towards a parent. Because you can act thug and you can act a rebel, but you can be soft enough, and by soft I also mean confident and proud about your true roots. 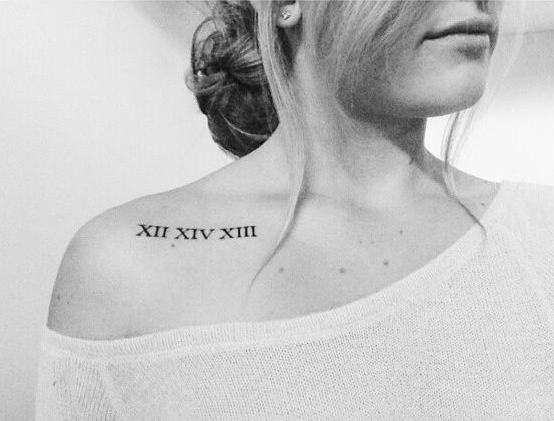 Now I can’t see her collar bone (damn you Justin Bieber, the standards you set up for girls collar bones!), but as I mentioned earlier, a girl wearing this type of tattoo is the epitome of femininity. An adeptly inked tattoo that pays a tribute to the day she agreed that she does (want to take his hand). 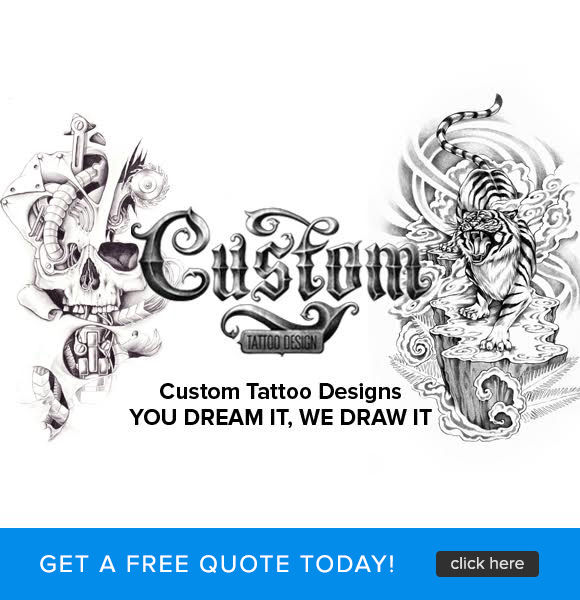 29. It’s all about the family roman numeral tattoos 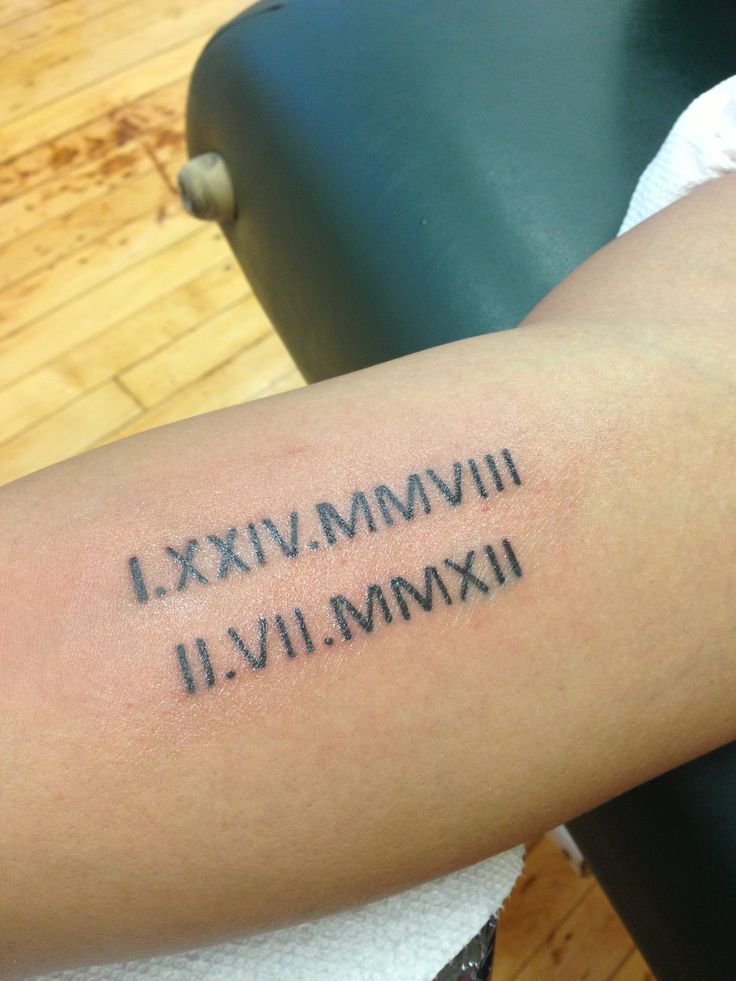 Now, this mother (or father, I didn’t quite get it) writes down their kids’ birthdays, to never forget their birth order. You see, it’s visibly pointing out the correct order of their birth. It’s a very smart solution to never forget which kid is older.

Jokes aside, I think a kid’s birth it’s an immensely valued date in each person’s life, because once people have a kid, the ego centrism of most turns completely towards the newborn. Just be careful when you have the second or the third child, to not forget the first ones, because jealousy will arise and all hell will break loose!

This clock plagues my subconscious with scenes of Alice’s dreams’ outlandish realm with nonsensical rhetoric.

Love the gears representing of what seems like a one-step away from this piece falling apart altogether.

A great story direction and tenacity in one single image of a tattoo!

Though I fell in love with the compactness of the previous tattoo, this Roman numeral tattoo formula creativeness cannot be exhausted as the ink artist can play any way they want with the Roman numeral numbers falling apart from the clock, the placement of the gears and the size of the tattoo itself.

This one is kind of way out there throughout the sleeve. Awesome!

…. It’s a smarmy way the flower’s leaves reel in this snail like structure.

And the roman numerals can be seen going from 1 to 12, depicting the years passing by.

24. Come Out and About Roman Numeral Tattoos

This is not a roman numeral, rather it’s the equality sign of pride, but on the description it said that the guy is going to expand it, writing numeral letters below it, as a remembrance of the day he came out. (Test your knowledge of the Romans here).

It’s an important day for an LGBT kid, it’s the day their lives turn around, since it’s still a tough fight throughout many countries in the world.

Now, this one does not contain Roman numerals in it, but somehow I find this tattoo batch to be the perfect match to show off. If the place you met is as special as the date it was on, it’s a great spin of a way to ink something that points towards one person only, even if it’s not completely out there.

Now this girl (or Peter Dinklage) got their height inked down there. It’s a witty way to show she has no small girl complex, and she rocks in being an awesome chick that completely owns what she’s got.

Love this unique fractal underneath the Roman numeral numbers. The expanding symmetry with randomly adjusted parameters produces an artistic evolving pattern that unintentionally looks like a planned out art inking!

I’m not sure if this is a remembrance of when she was seventeen, but it looks beautiful for the time being. Is it a long-term Roman numeral tattoo I’d cherish on my body?

Imagine you’re dressing down your girl when she’s 35, and seeing this tattoo. I find my answer to be no. (::

15. Kitty cat is scratching down a number on her back

Now, if you don’t want to feel like having a mark that you’re taken off the market, but still feel like exchanging a Roman numeral tattoo with your boy, why not putting at a place that only both you two would know? Sexxxy.

No point in worrying about whether the finger is too tight or too loose, because this Roman numeral tattoo won’t hurt, and you won’t accidentally lose it for sure!

More tattoos for him and her here!

7. Can you find a tattoo on this picture?

1. I am the product of my parent’s multiplication (Parent birthdays’ dates Roman numerals)